Some of the best tennis players in the world are in town this week to compete in the 2017 Qatar Total Open, which opens on Monday.

The 15th edition of the tournament runs from Feb. 13 to 18 and will see several top-seeded athletes compete for some $776,000 in prize money. 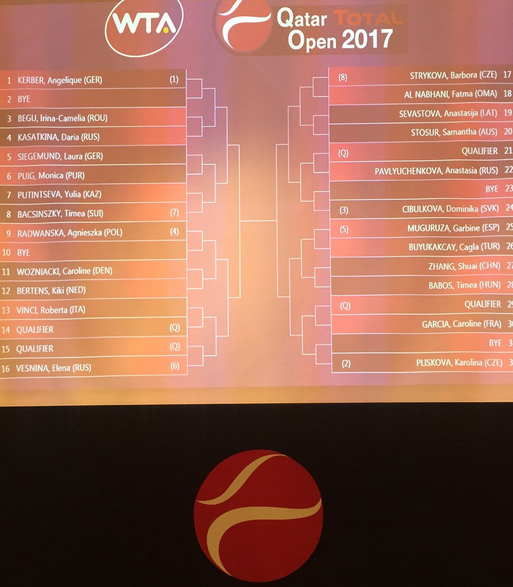 Czech’s Karolina Pliskova and Garbine Muguruza of Spain are also among 32 singles players facing off in the six-day event, according to the Qatar Tennis Federation.

However, Carla Suárez Navarro, the 2016 champion, has withdrawn due to a shoulder injury. World No.8 Svetlana Kuznetsova has also pulled out of the tournament.

It remains unclear how the weather will affect play this week, as forecasters are warning of high winds and rainy conditions.

But tickets are still on sale for those who wish to check out the tournament, which is being held at the Khalifa International Tennis & Squash Complex.