Large swathes of non-personal government data are expected to soon be released to the public in Qatar, following the recent adoption of a new open data policy.

Under the policy, government ministries and other bodies would be required to gather raw data that is not confidential or subject to privacy or security considerations and post it online in an easy-to-read format.

The government’s information technology ministry, ictQatar, is overseeing the execution of the policy. Among the data it suggested releasing are crime and traffic statistics, national budget figures, election results and public transportation timetables.

The information should be free of charge and individuals would not have to register or identify themselves to access, use or distribute the data.

Members of the public should also be able to submit requests for information that should be responded to in a timely way. 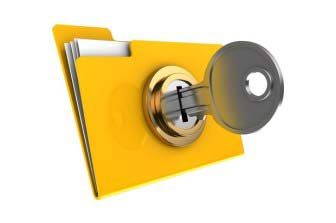 Qatar’s open data proposal was first floated in March, and has since undergone “rigorous government, industry and public consultation,” ictQatar said in a statement.

It was approved by the national e-Government Steering Committee at the end of November, and announced yesterday during the “Open Data and e-Participation Forum” held by ictQatar’s Government Information Technology Sector Program.

On its website, the ministry explains the rationale behind the strategy:

“In order to build a knowledge-based society, it is important in the long-term for Qatar to create an open, transparent culture where knowledge bases are kept current and easily accessible, which in turn develops the capacity and culture for routinely processing, sharing and interpreting information.”

It is not clear when ministries would be required to release information under the new system, but the policy document suggests a timeline of at least one year for agencies to organize and post the data.

Meanwhile, ictQatar has also been working on a policy that would require government agencies to engage with residents via social media and other online channels.

The ministry has said that the culture of e-participation is still lacking in Qatar, but is critical to improving transparency here.