While the divorce rate among Qataris is undoubtedly high, the numbers don’t appear to be getting worse than in the years past, one of the country’s leading family experts has said.

“It’s not true that divorce rates are higher now than they were before,” Noor Al Malki Al Jehani, the executive director of the Doha International Family Institute, said in a recent lecture at Georgetown University School of Foreign Service in Qatar.

“We recognize that divorce rates are high, because there is another phenomenon happening at the same time, which is that Qataris are getting married less,” Al Jehani added during last week’s talk, which was titled Strengthening the Family in Qatar: Challenges and Required Actions.

Government statistics show that the divorce rate among Qataris has been fluctuating in the past 15 years.

However, Al Jehani said these numbers are inflated and don’t tell the complete story. She noted that in Qatar and other Arab nations, Muslim couples will sign a contract to become legally married during their engagement. If a couple decides to separate during this period, they are still counted as “divorced.”

To obtain a more accurate figure, Al Jehani suggested marriages that are signed on paper during the engagement period but not consummated should not be recorded as a divorce.

Though the number of divorces has not remained constant, the marriage rate among Qataris appears to have been steadily declining since 2006.

Qatar’s Ministry of Planning Development and Statistics (MDSP) suggested that the overall decline in the number of marriages is linked to higher education levels among women.

However, Al Jehani said she’s skeptical about that explanation:

“People tell me that women are not getting married or marrying late only because (of higher levels of) education and I don’t buy that,” she said, providing an alternate theory: As women become more economically independent, they face pressure to support their family financially rather than getting married.

Researchers at the MDSP also suggested that the high cost of a wedding is prompting some young couples to postpone tying the knot. But Al Jehani cautioned against using financial incentives as a way of encouraging people to get married.

“This is not the way to build families, it leads to the destruction of families. What we need to do is family education and encouraging people to get married for the right reasons,” she added. 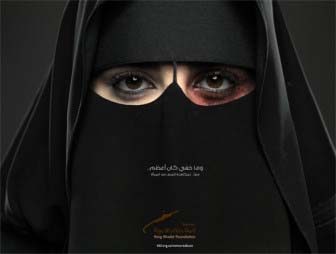 Al Jehani was involved in numerous initiatives to protect women and children and has reviewed and drafted several legislations related to women’s issues, such as the strategy of family cohesion and women’s empowerment included in Qatar’s first National Development Strategy 2011-16.

However, the number of domestic violence incidents in Qatar is perceived to have risen in recent years.

In 2012, the Qatar Foundation for Protection of Women and Children was recording an average of nearly four cases of abuse daily.

It found that 16 percent of men and 7 percent of women living in Qatar say a husband is justified in “hitting or beating” their wives in certain circumstances, namely if the woman leave the house without telling her spouse or if she neglects their children.

The view that wife-beating is acceptable was highest among young males between the ages of 15 and 19.

Some experts argue that the number of incidences could be reduced with legislation that specifically outlaws domestic violence. Currently, cases of spousal and child abuse are covered under general assault laws, which experts say hinders investigations into violence that takes place in the home.

New legislation has been in the works for more than two years, but has not yet led to any new laws.

Al Jehani said additional non-governmental organizations in Qatar could complement the existing work being done by government ministries and other organizations helping those affected by domestic violence.

“NGOs are instrumental in achieving family policies and act as a bridge between the families whose wellbeing the policies and strategies seek to serve and the government and its institutions that design and implement these policies,” Al Jehani said.