The first trains designed to run on a new 11.5km tram network across Qatar Foundation‘s Education City campus have been built and are being tested in Austria ahead of an expected delivery this summer.

The US$412 million project is intended to facilitate a car-free campus and provide public transportation to key locations through 24 stations.

Students and staff will eventually be required to leave their vehicles in multistory car parks around the perimeter of the property and ride the tram to their classrooms and offices. 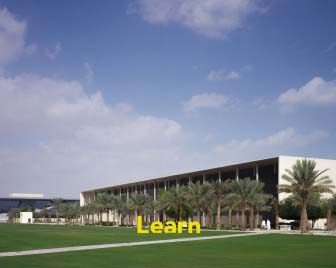 When completed, the new people-mover system is expected to be one of the region’s most energy efficient transport systems.

It is envisioned to transport an average of 3,300 people in each direction an hour, with trains operating at four-minute intervals during peak time.

QF announced in 2012 that it had signed a contract with German engineering company Siemens to build a total of 19 trams, although only 16 trams will will be in operation at any given time.

Eight trams are scheduled for delivery to QF by this summer, with the remainder due to make their way to Qatar by the end of the year, a Siemens spokesman told Doha News.

Onsite testing is set to begin early next year, with the first passengers scheduled to ride the tram by fall 2016, QF previously said.

So far, at least four trams have been built and are undergoing rigorous climate testing in a specially built facility in Vienna to ensure that they can withstand the extreme heat and high humidity of a Qatar summer.

The trams are being tested to make sure that the on-board climate controls can maintain an interior temperature of 25C, even when they are fully loaded with passengers and when the weather outside is upwards of 40C Celsius.

Humidifiers and heating pads have been added to the trams to simulate passengers, while artificial light is being shone on the vehicles to replicate the intense summer sun Qatar receives, according to specialist website Railway Gazette.

The Rail Tec climate chamber is also testing the performance of the hybrid energy storage units, which will recharge from overhead conductor rails at stations. The batteries, meanwhile, which will store energy created when breaking.

This system will power the trams and will mean there is no need for unsightly and potentially dangerous overhead cables.

The low-floor Avenio trams will be wheelchair accessible and are also designed with sunshades to protect the electrical equipment which will be mounted on the roof, Railway Gazette added.

The construction of the track, stations, depot and civil engineering work worth $124 million is being undertaken by Habtoor Leighton Group.

Last summer, QF said that the first tracks for the system were being laid, most of which will run at ground level. A 1km-long viaduct will connect the Qatar National Convention Center with Sidra Medical and Research Center, while a tunnel will create a link under the Dukhan Highway.

The trams will also be used during the World Cup to provide transport for football fans to the stadium at Education City, which will be used for matches through to the quarter-finals.

Eventually, the plans are for the system to link up to the Doha Metro through the Green Line.

QF did not respond to Doha News requests for an update on the latest progress of construction of the tracks and stations.