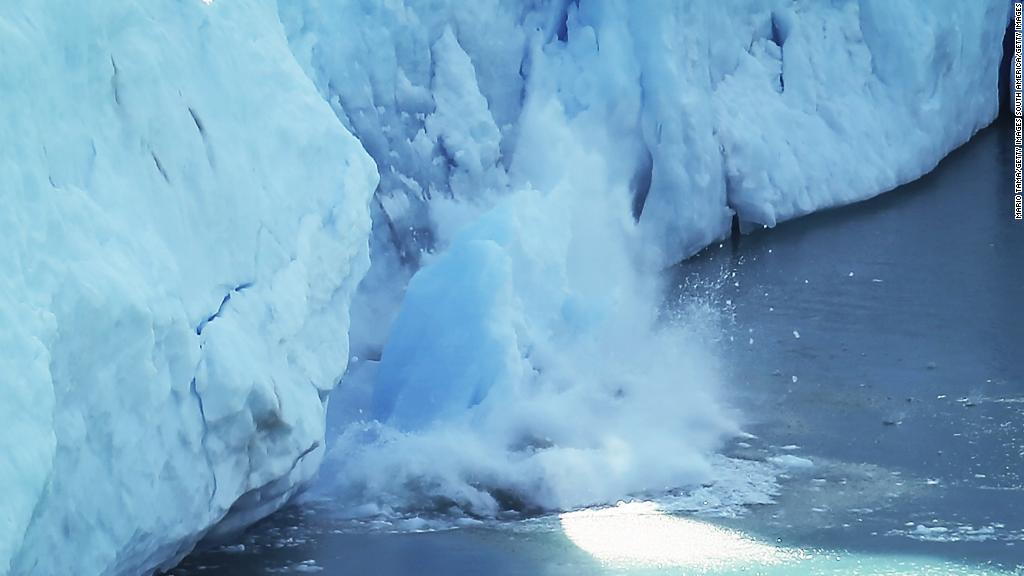 Climate change is having a real impact, not just on the environment but on the economy too. And a growing body of research by economists and climate scientists shows that extreme weather will weigh on economic growth even more so in the future. But almost no mainstream economic forecasting model takes that into account, in an omission that some economists say could affect the accuracy of economic predictions going forward.

The most recent study to quantify the economic impact of the carbon emissions that spur climate change was featured last week in a brief by the Federal Reserve Bank of Richmond. By evaluating the performance of state economies in previous years, the report found that every one degree increase in average summer temperatures decreases annual state-level output growth by between 0.15 and 0.25 percentage points.

That snowballs over time. If meaningful action isn’t taken to curb emissions, US economic growth will be a third lower than it would otherwise have been by the end of this century — or sooner, if warming accelerates even faster than scientists currently anticipate. Theoretically, that means Americans will be poorer and have lower living standards as a result (on top of the the general disruptions to daily life caused by extreme weather events).

The long-term nature of those effects is why most Wall Street analysts don’t obsess about climate change like they do about the impact of tax cuts or tariffs, which have relatively large short-term effects that dissipate over time.

“Most of those studies look at growth 50 years forward or even longer,” says Michael Feroli, US chief economist at JPMorgan, referring to climate change research. “Our current forecast extends to the end of 2019.”

However, some closely watched forecasts do extend longer. The Congressional Budget Office, for example, makes projections out at least a decade. Over that time frame, the impact of climate on growth could be significant.

Related: Why Monsanto and its rivals are trying to save butterflies

“Through the beauty — or here, ugliness — of compound interest rates, even a tiny hit to growth rates can have huge economic consequences down the line,” says Gernot Wagner, an energy economist who holds several posts at Harvard University. “And, sadly, the more we learn, the more it seems that climate damages do indeed effect productivity and, thus, economic growth rates.”

The director of the CBO, Keith Hall, said at a Senate Budget Committee hearing last year that while they do take climate forecasts into account when evaluating federal expenditures like the National Flood Insurance Program, the agency thinks the overall economic effects of climate change would not be significant within their ten year forecast window. Also, the CBO’s 2016 long-term outlook posits that the effects are still highly uncertain, and may even be positive in some parts of the country.

The Federal Open Market Committee, which sets the federal funds rate, officially projects out about 5 years. But Fed officials often speak about longer run growth prospects, and also have to forecast around nearer-term climate-related shocks. Earlier this year, when Senator Brian Schatz pressed him on the enormous costs imposed by hurricanes and wildfires in 2017, Fed Chairman Jay Powell responded that climate change didn’t factor in to their calculations for either.

“Climate change is something that is entrusted to other agencies,” Powell said during the Senate monetary policy hearing. “We have particular responsibilities, particular tools, interest rates, supervision, looking out for the financial system; it’s just not clear that it’s really in our ambit.”

Recent research has found that climate change impacts the economy through many channels. There’s the obvious effect on agriculture, as farmers scramble to keep up with changing threats from insects, diseases, early springs and drought. But rising temperatures also depress labor productivity, since manufacturing and construction workers can’t get as much done in the extreme heat. Retail also takes a hit, since consumers are less willing to shop as the mercury rises.

In some ways, the impact of climate change on the US economy is similar to the effect of America’s aging population, which is also expected to drag down growth over the long term — a better-understood phenomenon that the Fed and the CBO do incorporate into their long-run forecasts.

The missed connection is frustrating to Susan Joy Hassol, director of a nonprofit called Climate Communication that seeks to further public awareness of global warming. She thinks it’s partially due to the fact that economists and scientists often operate in different academic silos, which kept climate change economics a niche field until recently.

But climate advocates have also historically focused on how climate change affects the natural world — think polar bears — rather than people’s pocketbooks. Instead, conservatives have dominated the economic argument by saying that drastic measures to curb warming, such as imposing a tax on carbon emissions, would be more expensive than dealing with any potential effects down the line.

And that, Hassol says, is just not true.

“Every analysis that’s been done of this shows that action is far cheaper than inaction, and there’s a global clean energy race that we are currently losing, and that’s bad for our economy,” Hassol says. “We’ve got to break this out of the environmental and science box, because I think it’s first and foremost an economic story.”

The Obama administration had made strides in connecting climate to the economy, issuing a number of reports and also refining a metric called the “social cost of carbon,” which was used in tallying the costs and benefits of proposed regulations. The Government Accountability Office, which answers to Congress, continues to warn about the risk climate change poses to federal revenues.

But climate work has mostly ceased under the Trump administration, which last year disbanded a group that calculated the social cost of carbon, and archived the Environmental Protection Agency’s web page on the subject.

Nevertheless, research on the connection between climate and the economy is advancing in a surprising place: The private sector. Insurance companies, for example, increasingly integrate climate projections into their coverage offerings. Hundreds of large global companies have signed on to an effort to incorporate climate exposure into financial disclosures.

“I think what was missing until a few years ago was some more convincing evidence that climate change could in the short term and the long term have big effects on the economy,” says University of North Carolina economics professor Riccardo Colacito, who co-authored the Richmond Fed paper. “That creates a very large incentive for financial economists who don’t have a background in climate science to start filling in that missing background.”

Colacito traces a burst of interest in climate change impacts to 2014, when former Federal Reserve chair Janet Yellen attributed a spate of poor quarters to an unusually harsh winter — which scientists have said will also become more common in the coming years.

If weather can lead the Fed to revise economic growth estimates in the past, it may take a closer look at what a changing climate will mean going forward.