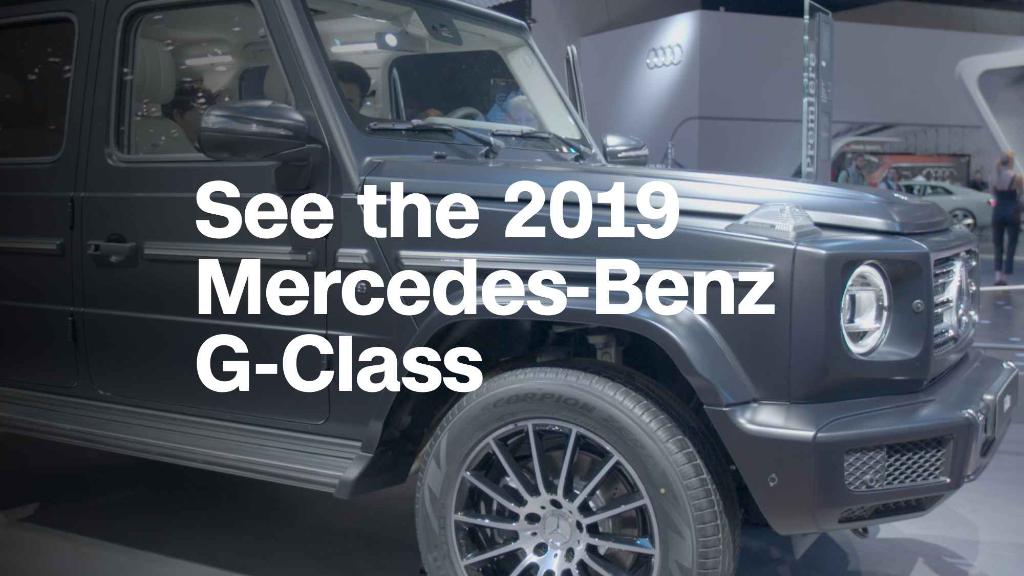 Mercedes-Benz revealed its first fully electric SUV in Stockholm Tuesday, another in a small rush of all-electric luxury vehicles expected to hit the market in the next couple of years.

The Mercedes-Benz EQC will be the first production model in the German automaker’s all-electric EQ line. Jaguar has already started production of its I-Pace electric SUV and both BMW and Audi are expected to unveil new electric vehicles later this month. Porsche recently announced the name of its Taycan electric performance car, which will hit the market next year.

Mercedes has previously revealed a few EQ concept vehicles, starting with the Generation EQ concept SUV, at the 2016 Paris Motor Show. At the time, the company announced that EQ would become a new line of fully electric cars and SUVs.

The EQC, which will have an estimated range of about 279 miles based on European driving tests, is the first to go into production. It will have two separate electric motors, one powering the front wheels and another for the back wheels. The front motor will be tuned for maximum efficiency while the back motor will provide more performance. Together, they will produce a maximum of 402 horsepower.

The EQC will be able to go from a stop to 60 miles an hour in just under five seconds. But its top speed will be limited to 112 miles an hour, which is modest by modern standards. Most luxury cars are capable of going at least 155 miles an hour, a speed that can be achieved on “unrestricted” parts of Germany’s highway system.

For the most part, the EQC looks like a Mercedes-Benz crossover SUV with a sporty shape but there are few unique touches setting it apart from the brand’s other vehicles. Besides some subtle blue decorations and exterior decorations, there is a black panel running under the grill between the headlights. At night, a line of white light runs across the top of the grill. Inside, there are rose gold colored accents under a continuous flat panel display screen that forms both the gauge cluster and controls for things like navigation and the stereo. It’s similar to the interior of the recently revealed Mercedes A-class sedan.

Other models in the EQ range will be revealed later, Mercedes has not yet announced pricing for the new model but it will go on sale in the United States in 2020.

Correction: A previous version of this story incorrectly stated the driving range of the EQC.