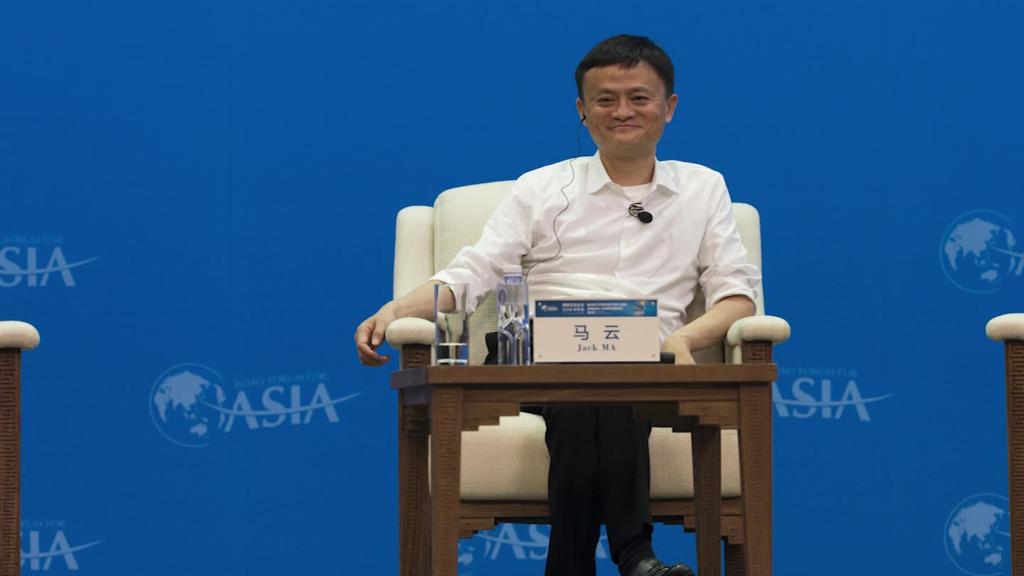 Jack Ma, the rags-to-riches entrepreneur behind Chinese e-commerce giant, Alibaba, plans to hand over the reins at the company he co-founded nearly two-decades ago.

He said on Monday, his 54th birthday, that he will step down as executive chairman next year, ushering in a new era for the $420 billion company that has grown from a web page run out of Ma’s apartment to a top global tech enterprise.

Alibaba’s empire spans everything from cloud computing and digital banking to online messaging and movie production.

Ma, an outspoken advocate for globalization, will begin transitioning out of his role at a politically heated time. The United States and China are locked in an escalating trade war. Meanwhile, China’s economy is showing signs of slowing.

“He has long talked about his desire to go back to his roots as a teacher,” Clark said. So his retirement should come as “no big surprise.”

Ma was born to a poor family in Hangzhou, in the eastern Chinese province of Zhejiang in 1964. He struggled in school, and he has said during interviews that he was rejected from Harvard 10 times and repeatedly rejected for jobs.

He failed his entrance exam twice before studying at the Hangzhou Teachers College. He graduated in 1988 and continued to teach English there for several years.

Ma described his ascent to one of China’s most prominent tech tycoons as a “Hollywood story” during an interview with The New York Times in 2005.

He told the outlet that he traveled to California in 1995 to help collect a debt that an American businessman owed to a Chinese firm. But Ma said the man had a gun and held him captive in a Malibu mansion for two days. He escaped after promising the businessman he would become his partner in an internet venture.

Ma did not contact the man again, but he asked friends in Seattle about the internet, according to The Times. Invigorated by the technology, Ma returned to China, where the internet was still virtually unknown.

“The day we got connected to the web, I invited friends and TV people over to my house,” he told The Times. “We waited three and a half hours and got half a page. We drank, watched TV and played cards, waiting. But I was so proud. I proved the internet existed.”

He quit teaching and borrowed a couple thousand dollars to launch China Pages, one of the country’s first commercial websites.

When that venture failed, he scraped together roughly $60,000 from friends and investors and co-founded Alibaba.com as a business-to-business marketplace in 1999. It attracted backing from giants like Goldman Sachs (GS) and SoftBank (SFTBF).

The company survived the dot-com crash in 2000, and a couple of years later Alibaba started turning a profit.

Alibaba spawned Taobao.com, an eBay-like bartering marketplace, in 2003. It was a breakout success.

Yahoo, then a tech powerhouse, purchased a large stake in Alibaba in 2005 in a deal valued at $4 billion that also gave Alibaba control over Yahoo’s operations in China.

Over the next decade, Alibaba amassed millions more customers and is credited with helping to change Chinese society by giving working-class people access to online commerce and creating a flood of new jobs.

Alibaba debuted on the New York Stock Exchange in September 2014 and raised a record $25 billion.

But its early days on the stock market were shaky as the company struggled to meet Wall Street’s lofty expectations.

Ma gave his view in an interview CBS’s 60 Minutes that year: “We believe customer number one, employee number two, shareholder number three. If they don’t want to buy that, that’s fine … They can sell us.”

60 Minutes anchor Lara Logan pointed out that in the United States, “the shareholder is usually first.”

Ma later expressed regret about the IPO. “If I had another life, I would keep my company private,” he said in a 2015 speech.

‘Love them. Don’t marry them.’

Like other Chinese tech giants that have emerged over the past two decades, Alibaba has had to navigate an economy over which China’s ruling Communist Party looms large.

Ma told 60 Minutes that Alibaba works with Chinese authorities when it comes to issues of national security. But he said he still sought to keep the government at arm’s length.

His policy was to “never, ever do business with government,” he said. “Love them. Don’t marry them.”

In a 2014 article in The New Yorker, writer Jiayang Fan said that Ma and other self-made Chinese success stories were “becoming a problem for the Beijing government, which has historically chosen its heroes and compelled them to serve the needs of the Chinese Communist Party.”

“The problem, of course, is that they also point to an increasing adoption by the Chinese of Western values,” she wrote.

But Alibaba has played by Beijing’s rules, allowing it to continue to grow strongly despite the Chinese government’s tightening grip on the internet under President Xi Jinping. Ma has served as an advocate for the Communist Party, accompanying Xi on foreign visits and praising his policies.

Ma, who is worth around $40 billion, has remained the face of Alibaba. But he began gradually relinquishing control of the company years ago. He stepped down as CEO in 2013, retaining the role of executive chairman. Daniel Zhang is the current CEO.

But Clark, the biographer, said that he doesn’t think Ma will ever fully sever ties with the company.

“Jack has such a following [and] moral standing at the company, it doesn’t really matter what title he has,” he said.

Ma holds a more than 6% stake in Alibaba, and the company’s governance structure gives him and other partners firm control of the board.

He told Bloomberg TV earlier this week he wants to return to teaching someday. “This is something I think I can do much better than being CEO of Alibaba,” he said.

Ma also said he wants to follow in the footsteps of Microsoft co-founder and fellow billionaire Bill Gates, who has pledged to give away at least half of his wealth during his lifetime.

He plans to focus on his Jack Ma Foundation, formed in 2014, a charity dedicated to improving education, the environment and public health.