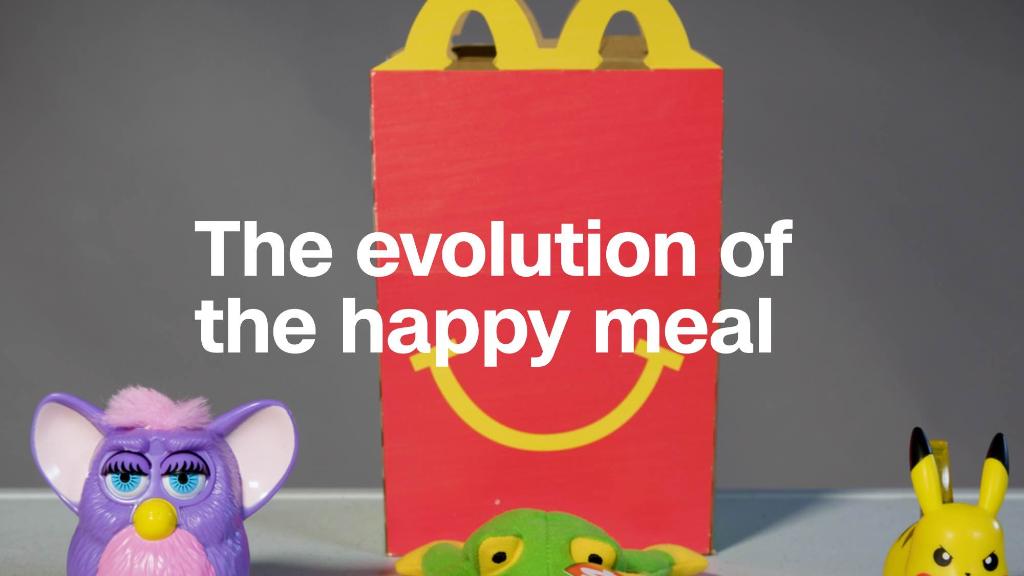 The Happy Meal has come a long way.

In response to customer backlash, lawsuits and efforts to ban toys from the kids meal, McDonald’s has promised better ingredients, fewer calories and more responsible marketing.

It’s paying off. Disney and McDonald’s partnered this year for the first time in more than a decade.

Tiffany Rende, senior vice president of corporate alliances for Disney, said when the deal was announced that “McDonald’s commitment to balanced Happy Meals allows our two companies to collaborate.”

In June, McDonald’s began giving out “Incredibles 2” toys in Happy Meals. In the fall, it will give out “Wreck-It Ralph 2” trinkets. The partnership is “clearly a win” for the company, said Morningstar analyst RJ Hottovy.

“Disney’s got a great portfolio of brands and characters that would be a good fit for a restaurant targeting families,” Hottovy said. Plus, a deal with Disney could open the door to new marketing collaborations, he said.

Now McDonald’s has another challenge on its plate: Appealing to Millennial parents.

“In the next five years, I think this is going to become one of the biggest things we talk about in the restaurant industry,” said Sam Oches, editorial director of Food News Media at QSR magazine. And, he said, companies are starting to pay attention.

Roughly one in every four orders at McDonald’s includes a Happy Meal, according to the research company Sense360, which asked more than 1,300 McDonald’s customers about their orders over four days in August.

And the Happy Meal may mean even more to the McDonald’s brand. After all, Oches said, kids hold a veto vote — a family won’t go to a restaurant where there’s nothing for children to eat.

“Kids like to eat with their hands,” noted Julie Hennessy, a marketing professor at Northwestern’s Kellogg School of Management. “They tend to hate new tastes … kids don’t wish there were more options.”

For them, “a Happy Meal is kind of perfect in all ways.” For health advocates, the meal is far from perfect.

In 2006, Disney (DIS) and McDonald’s parted ways after a 10-year deal. At the time, rumors swirled that Disney didn’t want to be associated with a brand accused of promoting childhood obesity. Both companies denied the speculation, saying the split was amicable.

In 2010, the Center for Science in the Public Interest accused the company of an “insidious” use of Happy Meal toys to market to children. McDonald’s said the center was “wrong in its assertions,” and accused the group of denigrating parents and families “fully capable of making their own decisions.”

McDonald’s fought back. In response to criticism from CSPI, Jim Skinner, who was CEO at the time, said “we will vigorously defend our brand,” adding that “parents understand and appreciate that Happy Meals are a fun treat.”

When Happy Meals failed to meet San Francisco’s health standards, McDonald’s (and others) skirted the ban by charging 10 cents per toy, and donating the proceeds to the Ronald McDonald House of San Francisco.

“Parents have told us they’d still like the option of purchasing a toy,” McDonald’s said in a statement at the time. “While we will fully comply with this law, we also have a responsibility to give our customers what they want.”

But it also heeded the criticism. The company promised to overhaul its Happy Meals menu by early 2012: Each new meal included a smaller serving of french fries and added fruit. In 2013, it tapped the Alliance for a Healthier Generation to help it promote healthier eating.

Happy Meals for a new generation

In February 2018, the company announced an expanded partnership with the Alliance, and shared more changes to its Happy Meals menu. The company vowed that, by the end of 2022, Happy Meals will be better balanced and use fewer artificial ingredients, and McDonald’s will market healthier ingredients through digital kiosks, among other things.

Notably, McDonald’s is making cheeseburgers available in Happy Meals only upon request, shrinking the side of french fries in six-nugget Happy Meals and reducing the amount of sugar in its chocolate milk.

Less than two weeks after McDonald’s shared plans for the new round of changes, it announced the renewed deal with Disney.

Soon after, McDonald’s announced another deal — this time with Rubik’s Cube.

McDonald’s and The Smiley Company, which licenses Rubik’s Cube, said in June that this summer and fall, McDonald’s locations throughout the world will sell Happy Meals in Rubik’s Cube boxes and include specialized mini Rubik’s Cubes.

Oches thinks that the partnership could be an effort to appeal to young parents.

“Certainly Millennials and Gen Xers are going to have a particular relationship,” to the toy, he said. Nostalgia could encourage parents to pick up a Happy Meal for their children. And Rubik’s branding as an educational tool can’t hurt, he said.

Hottovy thinks McDonald’s may make changes to the kids menu in the future, such as healthier products or some type of Happy Meals integration into the brand’s digital platform. But, he said, Happy Meals themselves are here to stay.