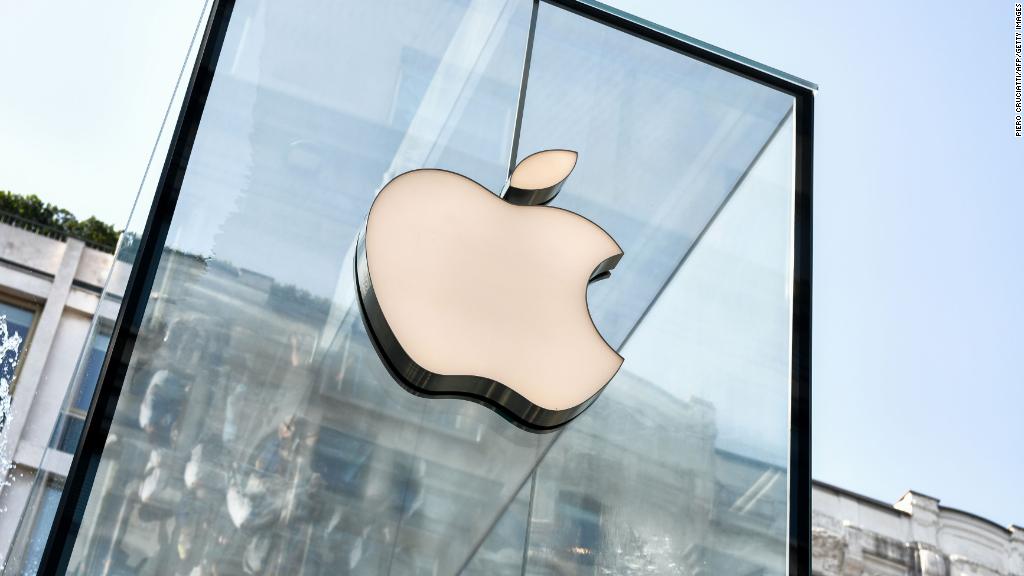 More than a decade after its debut, the iPhone remains the chief moneymaker for Apple (AAPL), America’s first $1 trillion company and one of the most widely held stocks.

The iPhone alone is expected to rake in $165 billion in sales this fiscal year, or 62% of Apple’s total projected revenue.

It’s a stunning amount of money from a single product line. To put that figure in context, the iPhone generates more revenue than 492 of the 500 companies in the S&P 500 did last year.

In fact, Apple could use its annual iPhone sales to buy Tesla (TSLA) ($45 billion) and General Electric (GE) ($108 billion) — and still have enough cash left over to scoop up Campbell Soup (CPB) ($12 billion).

Apple’s iPhone is even bigger than the online stores of Amazon, which are projected to generate $125 billion of sales this year.

Considering how much Wall Street has riding on the iPhone, it’s no surprise that investors are getting excited about Wednesday’s expected announcement of new models. Apple’s shares surged nearly 20% in August, their best month in nearly a decade.

Apple and Amazon (AMZN) are clearly the $1 trillion gorillas in the room. The two widely held stocks have accounted for about 29% of the S&P 500’s total gains this year, according to Howard Silverblatt of S&P Dow Jones Indices.

But in the longer run, Apple has been in a league of its own. Since the end of 1999, Apple has lifted the S&P 500 by 11% and accounted for more than half the tech sector’s returns, according to Silverblatt.

Apple’s success impacts millions of people because it’s a mainstay in mutual funds and retirement accounts. Nearly 5,000 mutual funds own Apple shares valued at about $350 billion, according to data from Morningstar.

Apple is making some progress in diversifying its business beyond the iPhone. The company’s services division, which includes the App Store, Apple Pay, iTunes and Apple Music, hauled in $30 billion last fiscal year. That’s expected to grow 25% this year to $37.5 billion before reaching $45 billion in fiscal 2019.

But for now, the iPhone remains front and center. Investors are hoping that Apple will offer a greater variety for the iPhone X, enticing more people to upgrade.

More than 500 million current iPhone owners are using a model at least two years old, according to estimates by PiperJaffray.

“The installed base of iPhone users on older devices continues to grow,” PiperJaffray analyst Michael Olson wrote on Friday while lifting his price target on Apple to $250.

That could be very good news — for Apple and Wall Street alike.

2. Checkup on the global economy: Turkey, the United Kingdom, Russia and Japan will report Monday on how much — or little — their economies grew in the second quarter.

The Turkish economy is in particularly rough shape, upended by curious political decisions, economic policy confusion, American interest rate hikes and a crashing lira. Sanctions and Brexit are respectively weighing on Russia and the UK. But the Japanese economy has performed surprisingly well recently after decades of stagnation.

3. Jack Ma: Alibaba co-founder Jack Ma is reportedly set to announce his plans for retirement as executive chairman of the company and details on the transition Monday, his 54th birthday. The company, which has a market value of more than $400 billion, reported sales that topped forecasts last quarter, led by a more than 60% increase in retail revenue.

That’s because Kroger’s world has been upended by Amazon (AMZN), Walmart (WMT) and a digital landscape that is reshaping the grocery business. Kroger (KR) will provide an update on its shifting strategy Thursday when it reports its quarterly earnings.

5. 10 years on: You’re going to hear a lot this week about the anniversary of the financial crisis.

It was a decade ago that Lehman Brothers collapsed, and although the economy is strong again, plenty of scars remain. Three major figures from those dark days — former Fed chairman Ben Bernanke and ex-Treasury secretaries Tim Geithner and Hank Paulson — will reflect on the crisis in an interview Wednesday at the Brookings Institution.